The surprise I found in the big box behind the couch. 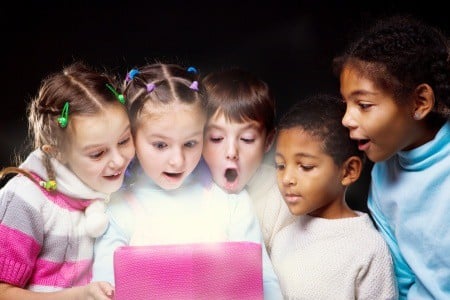 I couldn’t help but notice the rather over-sized box tucked behind the couch in the living room after school one day. “Whose was it?” Curiosity instantly got the best of me… I had to peek. I crawled up on the couch, leaned over and flipped the tag. “To Karen.”

It was just a few weeks before Christmas and I wanted to biggest box I’d ever seen to be for me. But instead of my name on the tag, it was my sister’s.

A few weeks later on Christmas morning, imagine my surprise when the large wrapped box from behind the couch was on my pile of gifts with a new tag “to Susan!” The gift was for me! Inside was a Raggedy Ann doll nearly as big as I was! I had never seen one so big!

Have you ever wished something could be yours, only to find it was intended for you all along?

In early March I met a new friend at a women’s event in North Carolina. Someone had bought my book for her because they could tell that she needed it. As we talked, she said the reason my book seemed appealing to her was that my story was real, and I’m real. Almost in disbelief, she looked at me and said “You’re here, and you’re happy.”

Intrigued, she wanted to know how I’d made it, how I had turned my life around from where I had been, and most of all how I had such hope. Over the next few minutes I shared with her how with each step of my journey God had provided exactly what I’d needed, one step at a time. Her eyes looked at me longingly desiring the same hope I had found.

The best thing is, the amazing gift of hope that God has, isn’t just for me, it’s for her and for you too! His love is bigger than any love we’ve ever seen before. His arms hold more hope than we can possibly imagine. When life is difficult, He provides exactly what we need… and the best part is, we don’t even need to wait until Easter or Christmas to open it up.

In the hallway of the busy conference I reminded her of a verse I’ve clung to over the years:
For I know the plans I have for you declares the Lord, plans to prosper you and not to harm you, plans to give you hope and a future. — Jeremiah 29:11 (NIV)

He wants to give us hope. And, it’s part of His plan!! How reassuring is that?

When life is challenging, remember that big box behind my family’s couch with the name tag. Imagine the biggest possible box, one bigger than any you’ve ever seen. Your name is on the tag and it’s filled with God’s love and hope for you. What else is inside? His encouragement and reminders that you are never alone.

It was no coincidence that someone introduced me to the woman at the conference. Instead it was a precious gift to both of us. She received reassurance that someone had walked a similar journey and made it to the other side. I in turn was blessed by the many reminders of God’s faithfulness through challenges of my past.

Have you ever been surprised that something was meant for you all along like my gift? Or, has God surprised you with how big His hope, love, and encouragement can be? I’d love to hear from you!

And, I’d love to hear what you think about my new redesigned website! I’m happy to be back online with you again.