The Big Secret a Stranger Shared. You’ve Got to Hear This! 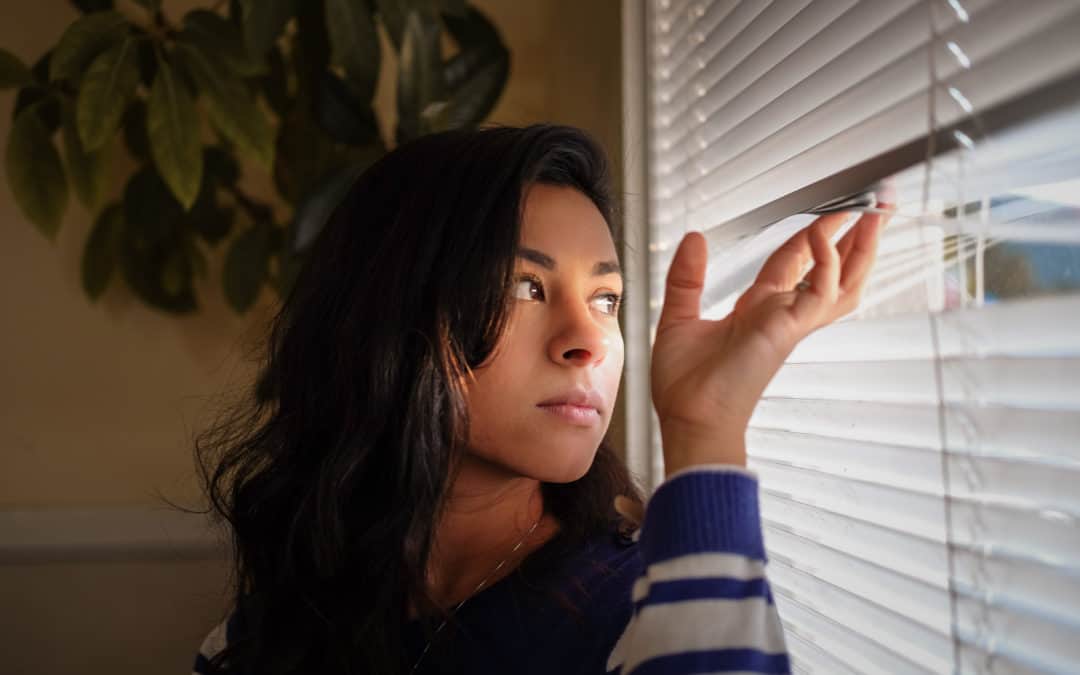 “What if no one believes you?” she nervously asked, pausing before continuing. She couldn’t keep her secret quiet any longer. My story resonated with her. In fact it was as though I held up a mirror, and now she saw her own situation with a new perspective.

Her boyfriend was a star athlete – Mr. Popular on her campus. People regularly told her how lucky she was to be his girlfriend. But they didn’t know. They also didn’t hear her confessions with a shaky voice at the front of that auditorium. She couldn’t reconcile her love for him with her fear of him.

A look of relief instantly washed over her face. There in that moment, she took her first important step towards freedom.

She had no bruises, but the abuse she was dealing with was still very real. The reality is controlling, manipulative, emotional or physically abusive relationships have far more warning signs than bruises. The longer someone is in a toxic relationship, the more they doubt the dangers and question their own strength, making recognizing the signs critical. If you or someone you know recognize the characteristics in this list, it’s time to get help and get out.

(This list can be true for both men and women. For the ease of writing, I’ve written “he.” All of these statements can equally apply to a “she.”)

Your relationship gets serious fast.

He comes on strong soon after starting to date. He wants to spend excessive time together claiming he’s never felt like this before.

Your world gets smaller, not bigger.

He prevents you from spending time with friends and family.  In a healthy relationship, your world should grow, not shrink.

He makes you feel guilty for time with friends or online.

Your patterns change to keep him happy. You spend less time with friends or on social media so that he’s happier.

He is easily insulted and may question your loyalty or level of respect.

It’s all your fault.

If he has a bad day, encounters problems, or is unhappy, it’s because of something you did. If he’s angry, he says it’s only because of what you did or didn’t do. He plays the victim and makes you feel guilty.

Your friends and family wonder where you went.

People close to you comment that they never see you any more or notice the sharp change in the amount of time you spend together. You make up excuses about being busy or tired but deep down you know they’re right.

His mistakes are everyone else’s fault.

It’s his boss, or his family, his past, his childhood… everything that goes wrong has someone to blame. He doesn’t regularly take responsibility for his own mistakes.

He may just say he’s concerned about your safety, or make another excuse, but he excessively calls. He texts over and over or calls repetitively until you respond, even if you’re at work or he knows where you are.

He buys you an expensive gifts soon after you begin dating in attempts to buy your loyalty, or treats you far more lavishly than is typical.

He’s quick to remind you of your faults and short comings.

He makes you feel less than, or that you aren’t good enough and tells you no one else will ever love you the way he does.

He can switch from fun-loving to extremely angry in a matter of minutes.

He puts you down and disregards your opinion.

He says he’s teasing when he calls you stupid or an idiot or any other demeaning name but, the way he talks sometimes makes you feel bad about yourself. He calls you ‘too sensitive’ if you speak up.

He crushes your goals and dreams.

He belittles your aspirations, your accomplishments, your potential, or your hopes and dreams. You strive less for goals you once had because ‘it’s easier to let them go.’

He uses vulnerable parts of your past or current life against you. He makes you feel like he alone accepts you with all your faults, but he uses your faults to increase your doubt, insecurities, and shame.

He has a past of battering.

He admits to hitting women in the past, but states that they or the situation brought it on.

He takes control of the finances.

Regardless of how he frames it, if it’s to ‘help you’ get your finances on track or to help with your future, this trait in combination of the others on this list is a big red flag.

They accuse you of cheating. They accuse you of dating people who are just friends so much that you talk to those friend less so that he doesn’t question your loyalty. He blames you for things that aren’t true.

He disengages or becomes emotionally distant to punish you or make you fear he’ll leave you.

It’s him or nobody.

1 in 3 women and 1 in 7 women will be impacted by an abusive relationship. October is domestic abuse awareness month. Please share this post because you don’t know who needs to hear this. Abuse of any kind should not be taken lightly. Let your friends and family know that you are a safe shoulder if they recognize themselves in this list.

If you’ve been or are being abused, know this: You deserve better! You deserve love that values you, treasures you, and does not tear you down. It doesn’t matter how “wonderful” other people may think he is, if he is abusing you, the truth you know is more important than what others think is true.

If you or someone you know needs help, the National Domestic Violence Hotline is available (1-800-799-7233) and can put you in touch with local resources if you need additional support.

If you don’t know my story, you can read about it in A Search for Purple Cows.

Other articles that you may find helpful:

Be supportive to friends or family who need your help. Be safe. Abuse is NOT love!

Did any of these signs surprise you? If so which one(s)? Which ones have you seen in people’s relationships? Please comment to join the conversation. I’d love to hear from you! (please do not mention specifics of any situation that could put someone in harm’s way.)