What You Need To Do If You Feel Invisible 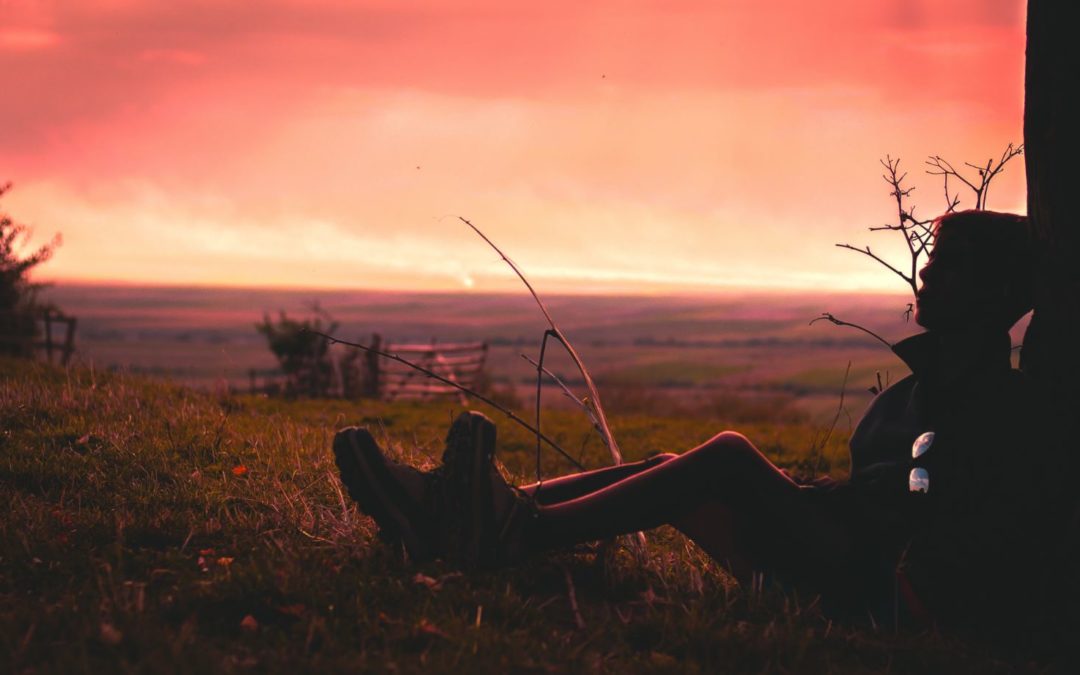 Have you ever been invisible?

If you could have one superpower, which one would you pick? Growing up, I remember dreaming that I could fly. With my superpower intact, I could fly to school instead of needing to walk. How fun would that be? Maybe you’d also pick the superpower of the ability to fly, or maybe incredible strength, or would you choose lightning-fast speed? Any of those could be fun or even rather useful to have. But, while as a child we might have considered invisibility to be a superpower, as an adult if you’ve experienced it, rather than give you strength it likely brought pain or loneliness instead.

As an adult, invisibility feels more like Superman’s kryptonite draining us of our energy and potential. It’s the feeling that others can’t see us with the power to cause us to shrink back, disconnect, and undervalue our sense of self-worth and purpose. It tells us that we don’t matter, our stories don’t matter, and that no one would notice if we didn’t bring our voice so the conversation of life.

At the beginning of this year I was amazed by how many people described last year as one in which they felt challenged, disconnected, and even invisible. This week I decided to roll up my sleeves and shatter the myths of this unwanted “power” so that we don’t need to suffer in silence when we feel like we’ve become invisible.

Have you ever been around a young child who closes or covers their eyes because they think if they do you can’t see them? They might think they’ve turned invisible but you most definitely can still see them. When we feel invisible, we don’t necessarily think people can’t “see” us. Rather we feel like we’re overlooked, insignificant, or feel like our voice isn’t heard. The irony is that when we feel like that, much like a child who’s closing their eyes, we’re the only ones who think we’re unseen.  Feeling invisible is just that, it’s a feeling. To fix the issue, we need to address it on the “feeling” level.  The first step to breaking loose is naming it as just that – it’s an internal feeling and not our external reality. Knowing that’s what you’re dealing with is a powerful step to being freed from it.

2. Others struggle with feeling invisible too.

When I recently went through a challenging season, it was only after I spoke with a few friends that I found out they had been going through something similar. During those tough seasons, we wish people would reach out or invite us to connect. But, sometimes they’re feeling “off” likely sitting at home wishing we would reach out to invite them! At the end of last year I was truly amazed by how many conversations I had with people who said that this past year left them feeling disconnected and struggling “to be seen” or feel connected. As a result, they stepped back from having the impact on those around them that they’ve previously had.

When you feel unseen, unheard, or insignificant, recognize that the feeling you’re having is a feeling rather than truth. The truth is you aren’t alone. Likely on the days you feel most alone, someone in your inner circle is feeling the same way or struggling as well. Reach out and let them know they matter. When you do, you’ll be amazed how much that dismisses your own sense of invisibility as well!

3. You already have the antidote to invisibility.

The biggest challenge with overcoming the feeling that comes with invisibility is the first step. The great news is that step is fully up to you. First you need to squash the lies that tell you you’re not enough or you don’t matter. Speak truth to those lies! The second step is to connect. Be the one that picks up the phone or invites a friend for a cup of coffee. Then once you get together, plan the next time before you say goodbye.

While you fight to become visible, heard, or connected manage your self-talk. What you say to yourself can fuel your progress forward or dig your rut deeper. It’s up to you which direction you go. You’ll be amazed how quickly the lie of invisibility will shatter with these few steps.

4. The truth about invisibility

When you feel passed over or ignored, remember David who while out tending the sheep wasn’t even invited in to hear would be anointed as the future king. He wasn’t even considered. Yet, despite the fact his own family didn’t invite him “to the party,” God did. David didn’t give the power of his significance to people, because people were never meant to have that power.

We can learn from him and do the same. If people make you feel insignificant, stop letting people be the ones who speak worth into your life. You are loved! You matter! And, friend, God has a purpose for you. The opinions of the people around you and whatever situation you find yourself in life doesn’t change that! Don’t let others lack of listening silence your voice. Choose to be exactly who you were made to be knowing that God always sees. You’re never invisible to him.

Have you ever felt invisible? Did this post hit a familiar nerve? I would love to hear from you! Or, switch it up a little if you’d like and let me know what super power you wish you had either as a child or today. I might likely pick super human speed so that I could get done all of the ideas I have floating around. The next time you feel undervalued, insignificant, or invisible, what’s one thing you will do? And…. don’t forget to click to share.

Until next time friends, be blessed. 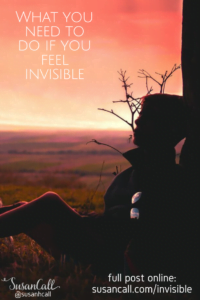