Help, I failed! Now What? – 5 Empowering Lessons from Failure. 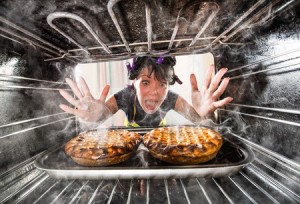 Yesterday didn’t exactly start the way I would have hoped. This shouldn’t take long I thought as I slid the iron onto my new summer shirt. Instantly I knew something was wrong. The iron didn’t slide the way it should rather it instantly stuck. I quickly lifted it to reveal a nice new iron imprint on the back of my shirt. Apparently adhesive from a previous iron-on project left residue behind, creating a not-so-lovely imprint. Sigh.

Not thrilled by what just happened, I grabbed a different shirt to wear and headed to get ready for the day. On my way I thought I’ve been eating pretty well, exercising and breaking all of my daily step goals, I should weigh myself before my shower. Excited to see all the progress from my hard work, and ready for a pick-me-up after the shirt fiasco, I stepped onto the scale.

Well that can’t be right I thought as the numbers scrolled to a stop.  So, I did what anyone else would have done, I stepped off, allowed the scale to reset, and stepped back on. Much to my dismay, the same numbers returned to the display.

After two weeks of focusing on seemingly good choices, I had somehow managed to gain three pounds. A sense of failure hit me like a wave. “What’s the use?” “Failed again,” and a string of other discouraging negative self talk flooded my mind.

Have you ever been there? You’re working hard at something, whether it’s losing weight, working hard at your job, parenting, keeping up with every day life, trying to make a positive change or just progress in life when failure smacks you in the face. It stings. It hurts. And it can leave us reeling if we don’t do something positive with it.

What can you do with it? If you change the perspective you look at failure, you can choose to let it be a stepping stone, not a dead end.

Ironically as I finished writing this week’s blog post, an unwelcome waft of air reached my desk. While I typed, the roasted vegetables in the oven burnt to a crisp. While I was a bit disappointed by my necessary last minute menu change, it served as a reminder that failures can catch us by surprise. They come in all sizes. But we still are empowered to choose how we respond.

When failure happens, admit it, grieve it, accept it, evaluate it, learn from it, and be inspired by it.

How do you deal with failure? What’s the hardest part of failure for you? I’d love to hear from you. Click on the comment icon and join the conversation.

Have a great week!