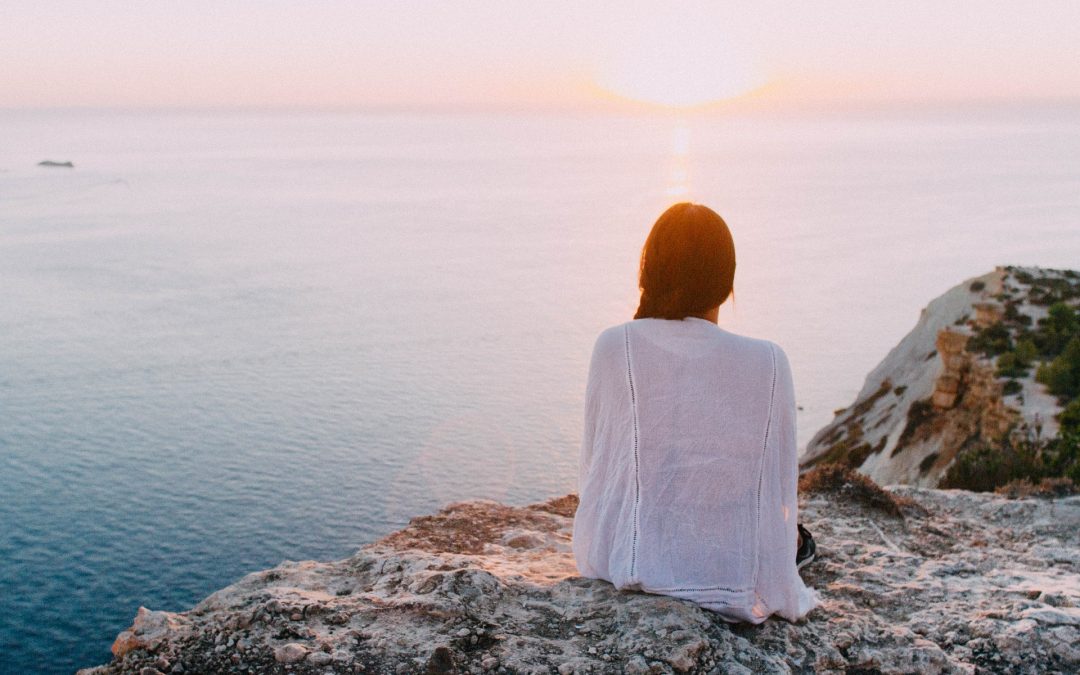 It’s a battle too many of us fight quietly on the inside. We don’t come up with a catchy social media meme announcing its how we’re feeling… but sometimes, many of us, probably most of us fight the battle of feeling like we’re enough.

It’s that sinking feeling that makes you want to retreat to the couch with Ben and Jerry’s and Netflix, or at least retreat to the sidelines and watch everyone else succeed. Just one quick look on social media and we’re convinced that everyone else has got it all together. Or, maybe you’ve suddenly realized it’s the end of April and you’re no closer to the goals you set for New Year’s than you were on January 1st. If you’re struggling with feeling like you’re enough or that you’re good enough, you need to do these five things…

If the past few years have taught us anything it’s that we need to check our sources. When I see a story shared online, I’m quick to research if it’s an urban legend or if it’s really true. If we would do that for stories we read that don’t even have to do with us, why wouldn’t we do the same when we’ve allowed something to feed our opinion about ourselves? Who or what has fed the idea that you’re not enough? Is it insecurity because you’ve compared yourself to people who are in a different season than you are? Or, is it because someone has sewn seeds of doubt that you’re continuing to water? Be careful which sources you allow to speak to your sense of value.

It’s far too easy to measure ourselves by external numbers that aren’t the most important measures. We’re more than a number on the scale, more than the amount in your bank account, more than the ranking we got on our last performance review at work, more than the number of friends on social media, and far more than the number of likes of our last post. Stop measuring you’re value or your impact by numbers the world tells you are important. Instead take a step back and ask yourself what is one thing you’re doing well. Write it down or say it out loud and let that one thing be a seed that helps you identify a few of your strengths to shut down the lies “not enough” tries to tell you.

Stop feeding the not enough monster. Instead, remind yourself of who you are and how far you’ve come. No offence, but if God says you’re enough, who are you to say you aren’t? I’ve been known to sing loudly to Who You Say I Am to remind myself who I am on occasion. If for example, God’s calling you to write, then write. Do your best, learn and grow. Whatever it is that he’s calling you to, do it to the best of your ability and seek to build on what you know.  Remind yourself why you do what you do and keep doing it. The enemy can’t steel your calling but if he can get you to quit because you think you’re not enough, you’ve given him a victory that was his to lose.

Often when we feel like we’re lacking in an area or that we’re not good enough, insecurity whispers retreat. But that’s the opposite of what we need to do. When standing strong or growing feels difficult, add a few trusted friends or resources to your team. Reach out to someone you trust and let them know what you’re struggling with. Ask them for support as you strengthen your courage to continue. Find a prayer partner or a mentor. And, if you’re feeling like you aren’t enough in an area that’s a skill, look for opportunities to learn or grow. For example if you’re feeling called to write a book but you don’t feel strong enough as a writer, find a workshop or writer’s conference to attend. When you add to your team, you’ll find support and learn from others farther along in their journey.

Identify one thing you need to do and do it. Too often when we feel like we’re not enough, we see the marathon instead of the steps. Stop staring out the entirety of the journey you need to travel and focus on the very next step. Chances are you have what you need to make that step. You don’t need to worry about the hurdles that aren’t in front of you yet. When you reach them, you will have the resources and strength to overcome them.

Most people have moments when they feel like they’re not enough or they’re not good enough at something. Allow you’re self to process the feeling without setting up a permanent address there. And, the next time you find yourself struggling with feeling like you’re enough, use these five things as your go-to list to help you get back on track.

Is your group looking for a speaker for an upcoming event? I’m currently booking through the end of the year and would love to join you. Drop me a note and we can check your needs and my availability.