Trapped and Alone. What Would You Do? 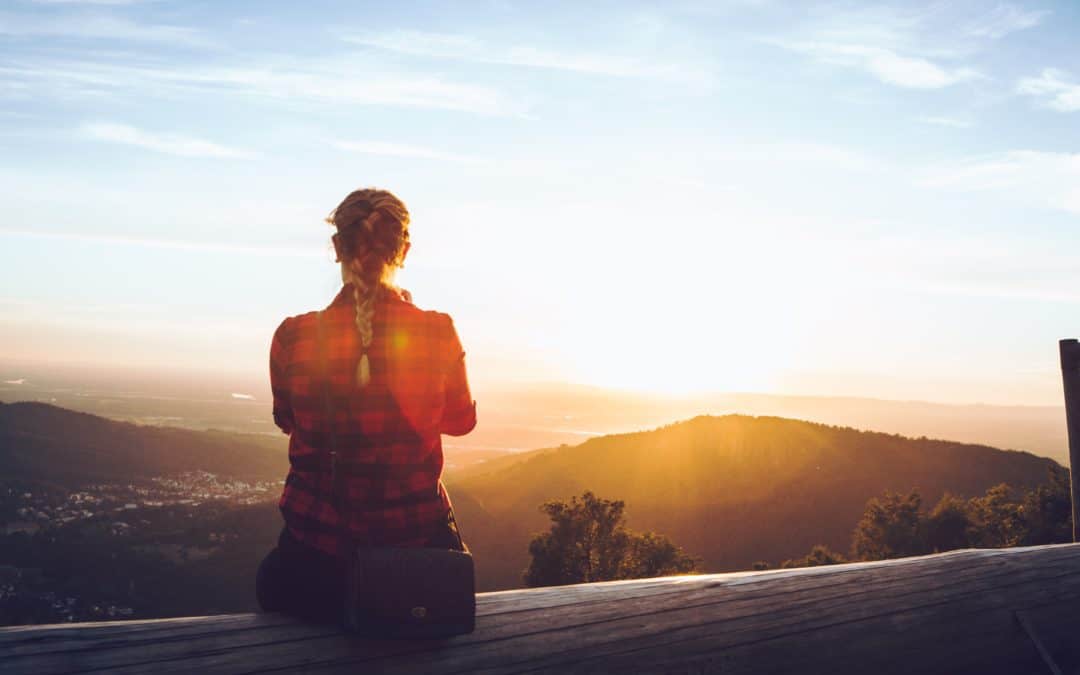 In an instant everything changed. Although he’d done this dozens of times before, this time something was different.  The unexpected happened. Alone in the mountains with just his small team of horses, my grandfather had no forewarning that he’d suddenly be plunged into a life threatening situation. While securing a load of large logs, the logs rumbled, shifted, and rolled down over my grandfather trapping him. Too heavy for him to move alone, his only chance was his faithful team of horses.

With the logs precariously pinning him with one end and clinging to the edge of the wagon with the other, there were only two possible outcomes that day. My grandfather’s team would rescue him, or he would die alone on the mountain. He made a critical decision as he began to yell out commands to his horses. He shouted when to go, when to stop, and when to turn. The team knew the sound of his voice and understood his direction. With each calculated move, the logs shifted. Then, with one final command, the gap was enough for him to slide out from under the pressing load. He was safe!

The Weight of a Load

Although it’s been decades since that day, the message in my grandfather’s harrowing moment is just as critical today. Although we’re not loggers, the wisdom captured in his crisis is remarkably relevant for us today. Threatened by a load that no one else saw, no one knew about, he almost lost his life. If anyone of us had stumbled upon the scene, we would have done anything to rescue him. We’d harness our adrenaline, call for help, and would not stop encouraging him until he was freed.

My grandfather’s story came to mind after a simple social media post, caught my attention. The meme online poked fun at a man with a scrawny stature. It joked that he wasn’t a man but someone’s little sister. My heart sank as it reminded me of the dark side of social media. The post hit a nerve because every day we each encounter individuals who are struggling. They may feel alone with crushing burdens weighing them down. Do we see it? Do we recognize the desperation or danger and help? Or do we ignore it, or turn their struggle into a meme and laugh at their expense?

Lessons from the mountainside and the meme:

Everyone is carrying a load.

Everyone we encounter, both in person or online, are carrying a burden. Their load may be light, or their load may be overwhelming. What we do, say, or post can lighten their load or make it worse. Unlike the logs that weighed my grandfather down, their situations won’t be as obvious. Depression, anxiety, and even suicidal thoughts are far more common than you may know. Your words of encouragement and support can be a lifeline. Conversely, callous words have the potential to wreak havoc for someone already overwhelmed. Choose your words, actions, and posts carefully. 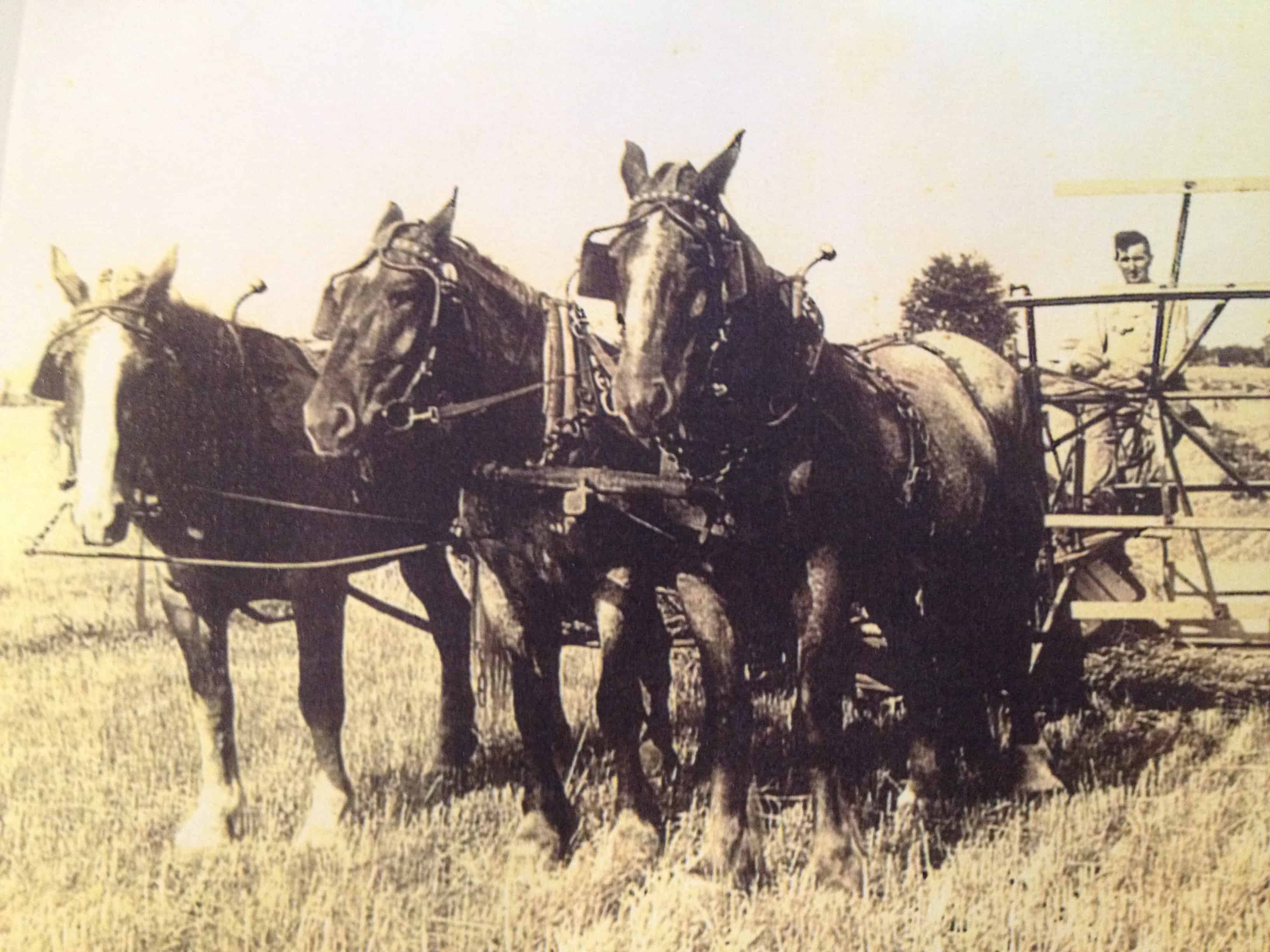 My Grandfather with his team of horses.

My grandfather was saved because he knew his team. They recognized his voice. When you have a day that finds you struggling under the weight of your burdens who’s on your team? Who are your trusted few that you can call when hope seems to evade you? It’s easiest to build your team before your load shifts.

Invest in time maintaining strong connections with a few friends. Build those relationships so that when life is heavy, you know who you can reach out to. If you have “a team” let them know that you appreciate them. Let them know you’re there for them so that if or when life is heavy for them, they aren’t crushed by the weight of facing it alone.

See your actions with a broader perspective.

Comments, actions, and jokes can have an unintended impact. The meme I mentioned above unkindly targeted a scrawny male. It reinforced that judging a person by their appearance is ok. The post also belittled women. To assume that a little sister would be scrawny or weak implies that women are less than. Additionally someone seeing the post with a physical handicap may also feel a jab of judgement. When looking to share a laugh take a step back. Are you attempting humor at the expense of someone else? If so, it’s not worth it. Why lean on the load of someone else? Choose to not be the reason someone’s load becomes unbearable.

We have a responsibility to speak up when we see something that is hurtful. Just like you would have called for help and assisted my grandfather, if you see someone being unkind or hurtful, speak up. Silence perpetuates the problem. Advocate for others. It’s the compassionate thing to do! I did just that with the individual who posted the meme. She later removed the post.

Depression, anxiety and suicidal thoughts don’t come in as obviously packages as large logs rolling off of a wagon. The people we encounter may not be alone on the side of a physical mountain, but they may be on an emotional one. Would you do your part to lighten their load?

If the image of my grandfather trapped by the life-threatening load hits a bit close to home, won’t you consider reaching out to someone today? Let a friend or family member know what you are going through. Don’t wait another day. You do not need to lift your load alone, and you don’t need to remain trapped. You may also want to check out the resources listed below.

Did hearing my grandfather’s story give you a new perspective on your words, actions, and posts? I’d love to hear from you. And, if you found this post helpful, please consider sharing. I think social media would benefit if more people considered the impact of their words. What will you do?